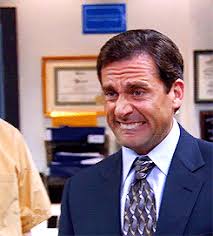 The hiring manager is impressed with your resume and you did well enough on the Zoom prescreen interview that the company wants to bring you in for an in-person meeting. You depart early and arrive on time.  You remembered to bring extra copies of your resume and are prepared to take notes. The interview starts off with some friendly small talk and then the interviewer says, “Tell me about a time when…” Your heart stops and you feel panic start to creep in. You make an attempt at a good answer but you know you’re stumbling. Take comfort: it never has to happen again. Next time you’ll prepare using the STAR interview method. END_OF_DOCUMENT_TOKEN_TO_BE_REPLACED

When you want to be found by recruiters and hiring managers on LinkedIn remember that Skills = Keywords and play a significant role in matching you to what a prospective employer is looking for. So, make sure you are taking advantage of all 50 Skills slots on your LinkedIn Profile and that your Skills are targeted to the positions you want to be found for. Like the breadcrumbs left by Hansel and Gretel in the classic Brothers Grimm story, they are the path for finding your way to your next opportunity. END_OF_DOCUMENT_TOKEN_TO_BE_REPLACED

I had the honor and pleasure of handling production for legendary jazz pianist Erroll Garner for London Records. Known for his signature playing style that involved his right hand playing behind the beat while his left strummed a steady rhythm and punctuation, his words were music to my ears and continue to inspire me: END_OF_DOCUMENT_TOKEN_TO_BE_REPLACED

Don’t leave off diversity in your resume. Diversity encompasses race, gender, ethnicity, generations, religion, sexual orientation, life and work experiences, language, and anything else that gives you an expanded perspective. Employers look for key abilities and attributes that demonstrate a candidate’s diversity experience. END_OF_DOCUMENT_TOKEN_TO_BE_REPLACED

The Bluebird Cafe in Nashville is one of the world’s preeminent listening rooms that has gained worldwide recognition as a songwriter’s performance space hosting the likes of Garth Brooks, Taylor Swift, Keith Urban, John Hiatt, Kathy Mattea, Trisha Yearwood, Faith Hill and Vince Gill. The tiny, legendary club is alive with conversation and comradery until it’s time to perform. END_OF_DOCUMENT_TOKEN_TO_BE_REPLACED

Your LinkedIn Profile Activity section will only appear IF you create and post content. Think of your Activity section as a highway billboard. The average driver will only have about 5 to 10 seconds to view a billboard, read any text and comprehend the message. What do you want the recruiter (driver) to see in your Activity (billboard) that strengthens your job candidate potential? END_OF_DOCUMENT_TOKEN_TO_BE_REPLACED

I can’t remember a time in my life and career when I wasn’t in perpetual forward motion. I’ve been a producer for London Records, done stand-up comedy at NYC’s Gotham Comedy Club, produced and hosted for public television and broadcast radio, been a senior exec for several major corporations, been profiled on ESPN2’s Extreme Magazine for extreme leadership & team building, performed at legendary CBGBs and Nashville’s Bluebird Café and authored several books. And, the one lesson I’ve the learned the most deeply: NEVER LOOK BACK! END_OF_DOCUMENT_TOKEN_TO_BE_REPLACED

"You've had such a varied and impressive career. It's awesome to read about your adventures and reinventions and how you're now helping others do the same," branding expert Dorie Clark, author of Reinventing You, Stand Out and Entrepreneurial You